In a Seattle Times op-ed Saturday, former US Attorney for the Western District of Washington John McKay defected to the other side. As the federal prosecutor in Seattle, McKay oversaw the indictment and prosecution of Canadian marijuana seed seller and pot advocate Marc Emery, who now sits in an American federal detention facility awaiting the formal handing down of a five-year prison sentence later this month. 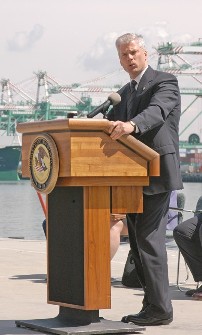 But while he thinks Emery and most pot-smokers are “idiots,” McKay has come to see the futility of continuing to enforce marijuana prohibition. “As Emery’s prosecutor and a former federal law-enforcement official, however, I’m not afraid to say out loud what most of my former colleagues know is true: Our marijuana policy is dangerous and wrong and should be changed through the legislative process to better protect the public safety,” he wrote.

Marijuana prohibition “has utterly failed,” McKay concluded. “The demand for marijuana in this country has for decades outpaced the ability of law enforcement to eliminate it,” he declared, ready to throw in the towel.

“Brave agents and cops continue to risk their lives in a futile attempt to enforce misguided laws that do not match the realities of our society,” he wrote. “These same agents and cops, along with prosecutors, judges and jailers, know we can’t win by arresting all those involved in the massive importation, growth or distribution of marijuana, nor by locking up all the pot smokers.”

Pot prohibition fills the pockets of “Mexican and other international drug cartels and gangs,” even though marijuana is nowhere nearly as harmful to users as other illegal drugs, McKay wrote.

“So the policy is wrong, the law has failed, the public is endangered, no one in law enforcement is talking about it and precious few policymakers will honestly face the soft-on-crime sound bite in their next elections. What should be done?” McKay asks. 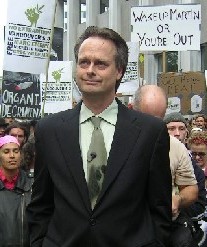 It is a rhetorical question, of course, and McKay has answers: Recognize that the real public safety danger to Americans is not from marijuana but from prohibition, build policy on “sound science, not myth,” and… drum roll please… “We should give serious consideration to heavy regulation and taxation of the marijuana industry (an industry that is very real and dangerously underground). We should limit pot’s content of the active ingredient THC (tetrahydrocannabinol), regulate its sale to adults who are dumb enough to want it and maintain criminal penalties for sales, possession or use by minors, drivers and boaters.”

Not to worry, though, McKay assures his erstwhile partners in the prohibition racket. There will be years to come of extirpating criminality from the former black market, and that means job security: “DEA and its law-enforcement partners must therefore remain well equipped and staffed to accomplish this task: to protect our families from truly dangerous drugs and to drive drug cartels, gangs and dope dealers from our society.”

Still, a remarkably candid confession from a man who made a living prosecuting marijuana offenders. Too bad he didn’t find himself on the road to Damascus when he still had the prosecutors’ powers.