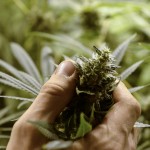 By Ricardo Baca, The Cannabist Staff

Marijuana legalization activists in Oklahoma are rallying the troops and organizing a protest of the state’s pot lawsuit against Colorado.

“Attorney General Scott Pruitt is suing Colorado for their marijuana laws,” the activists wrote on the Facebook invite to the rally. “This is a waste of tax payer money and a clear violation of states’ rights.”

The rally, sponsored by the Oklahoma Libertarian Party and the state’s NORML branch, will run from noon to 2 p.m. on Jan. 8 outside of Pruitt’s office at 313 NE 21st St. in Oklahoma City, according to the invite.