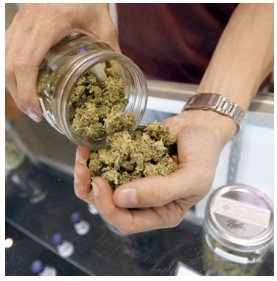 FIRST PERSON ACCOUNT – Northern California’s first pot farmers’ market is like most other farmers’ markets, except you buy weed instead of kale and there’s the possibility you’ll go to prison – which gives visits to the Organicann Harvest Market in Sonoma County a bit of an edge this chilly morning.

Driving through Sonoma’s famed pastures and rolling vineyards, I note billboards advertising casinos and hydroponics—a favored tool for cultivating pot indoors. This is pot country as much as wine country. Marijuana is the second most-popular intoxicant in the world (after alcohol) and largely legal in the Golden State thanks to 1996 and 2003 laws that allow its use for medicinal purposes.