Fascination of Plants Day is a chance to celebrate plant scientists working to feed the world, improve health and develop sustainable energy supplies 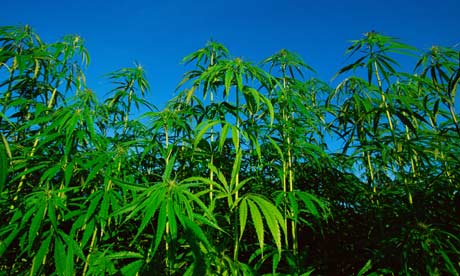 Happy Plants Day! A company has created a prototype car built from hemp composites, and another is recycling coffee grounds for fuel. Photograph: Alamy

Today is the first ever Fascination of Plants Day . The day’s festivities are aimed at raising awareness of the importance of plant science to the future of our food and energy supplies, and our health.

In honour of this special day, here’s my pick of some of the fascinating ways plant science is shaping our future.

In a changing climate, securing our food supply will be a big challenge. Finding new staple foods will be a vital part of that. At the Crops For The Future Research Centre (CFFRC)  in Malaysia, scientists seek out local plant species that have the potential to become important global crops.

Right now, they’re particularity interested in the bambara groundnut . This is a legume grown by subsistence farmers in the drier parts of sub-Saharan Africa. The research centre has mapped the DNA of the plant and created a hybrid variety that should produce greater yields.

CEO Professor Sayed Azam Ali  believes bambara is “just the sort of climate-resilient, nutritious and potentially productive crop that should be a crop of the future.” His colleague, Dr Sean Mayes , adds that, “By learning what works – and what doesn’t – in a few exemplar crops [such as bambara] we can improve the chances of successful intervention with many other crops.”

Biodiesel is old news: sunflower, rapeseed and soybean oils have all been pressed into service as sources of automobile fuel. But how about coffee-fuelled cars? Zayed Al-Hamamre and colleagues at the University of Jordan think that spent coffee grounds – which typically contain about 10% oil – could be a novel source of biodiesel. They’re working on the best way to extract and process the oils in spent coffee grounds, andtheir latest results were published in a recent issue of the journal Fuel .

Under optimal conditions, Al-Hamamre argues, we could get around 1,000 tonnes of biodiesel from coffee grounds each year – without using up more precious arable land.

Those coffee-powered cars might once day be constructed fromCannabis sativa, also known as hemp. James Meredith  and his colleagues at Warwick University believe hemp fibre  could replace carbon fibre in automobile bodywork.

High-performance cars are constructed from carbon fibre composites, which are lightweight yet able to absorb high-energy impacts. But carbon fibres are energy-intensive to make, and so scientists are looking for natural replacements. Earlier this year, Meredith’s team reported  that hemp composite material performed as well as expensive carbon fibre composites in impact tests.

Hemp cars aren’t just a laboratory curiosity. Canadian company Motive Industries Inc  has created a prototype car built from hemp composites. They call it the Kestrel  and the designers are looking for manufacturers to get the vehicle into production.