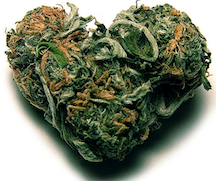 In case you haven’t heard the news yet, it looks like police are going to win the drug war after all. Violence and corruption are bad enough, but if they’re capable of something as sickeningly devious as this, I’m not sure I see the point in dragging things out any further.

During an undercover marijuana sting at a South Florida school, a teenage boy began to fall for someone he thought was just another teenage girl.

But the boy’s crush turned out to be an undercover police officer, who would later have him arrested for selling her marijuana she asked him to obtain for her.
…
The operation resulted in a total of 31 arrests in three different Florida schools. [Huffington Post]

How many people do you think she had to flirt with to make 31 arrests? My first guess would be 31. I mean, how hard can this be? Have you ever met a bored, lovesick teenager? It’s a good thing all she asked him to do was get her some weed.