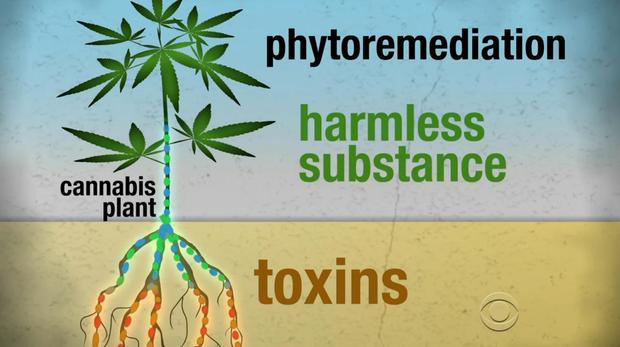 Farmers in a region of Italy once known for cheeses have turned to cultivating a type of cannabis — not to smoke or sell — but to decontaminate polluted soil.

“For generations, our family produced ricotta and meat,” Fornaro recalled.

It wasn’t until 2008 when Italy’s government discovered the toxic chemical dioxin in his sheep and slaughtered the entire herd.  The culprit was just a mile away.

Contaminants spewing from a massive steel plant — Europe’s largest — meant Fornaro could never have grazing animals again. To clean up his land he decided to try a rather unusual experiment.

Fornaro planted industrial hemp to try to leach contaminants from the soil.