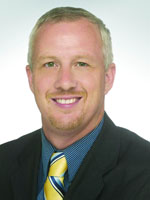 Use of marijuana for medical purposes would be legalized if approved by voters under a proposed constitutional amendment filed by a Democratic lawmaker on Thursday.

“There is no good reason for us to allow people to use synthetic drugs like oxycontin, methodone, percocet, and Prozac, but ban them from using a natural, safer drug,” said Rep. Jeff Clemens, D-Lake Worth, the author of the bill.

The proposal would, if passed by the Legislature, go to the 2012 ballot for voter approval. The amendment would let patients use cannabis only if prescribed by a doctor and wouldn’t be able to smoke it in public places. The measure would also make clear that insurance companies wouldn’t have to cover it, and employers wouldn’t be required to let workers smoke pot on the job. The measure hasn’t been referred to any committees, and so far doesn’t have a Senate companion.