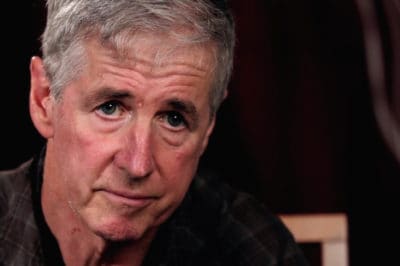 Former police officer Larry Smith began seeing the effects of the Parkinson’s disease 20 years ago and his health has been declining ever since. After two decades of attempting a variety of treatments and seeing no substantial results, he turned to medical marijuana as a last resort.

In the below videos, documentary filmmakers follow his journey and how he goes about treating his debilitating symptoms for the first time with a substance that is illegal at the federal level in the United States. As his wife put it,

“I do not like the idea of breaking federal law even though it’s the state law. In California, it’s very clear that it’s permissible. I’m still uncomfortable, but…as far as I know we have tried everything, this is the only thing that’s left. We are going to give it a go and see how it goes.”

Despite the legal and moral consequences of such an endeavor, the two agreed to travel to San Diego, CA to obtain a permit for Larry to use marijuana in his treatment. In the first video, he speaks with a doctor who is able to provide a medical marijuana card and allow Larry to purchase the treatment. When the doctor asks Larry how he’s been feeling lately, Larry responds by saying,

“My symptoms are a great deal more obvious than ever before, and the pain is a little sharper.”

As you can see, Larry suffers greatly from dyskinesia, which is a category of movement by involuntary muscle movements, and has trouble walking and speaking. His wife said that he has so much trouble with walking that he now takes 20 pills everyday. The medication he takes costs upwards of $3,000, but when he arrives at a medical marijuana dispensary, he pays only $40 for his first dosage of marijuana buds.