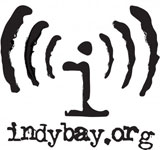 by Bud Green ( bud [at] fresnocannabis.org )

Senate Bill 1262 would institutionalize a chaotic and ever-changing patchwork of “wet” and “dry” cities and counties, leaving medical cannabis patients in Fresno and much of the Central Valley with no safe access to medical cannabis.

This is the text of a letter delivered by FCA members to state Sen. Lou Correa, Assembly Member Tom Ammiano and several Central Valley lawmakers at ASA’s Lobby Day on Aug. 5 in Sacramento:

Following a survey of its members, the Fresno Cannabis Association wishes to express its opposition to Senate Bill 1262. The greatest concern of FCA members was the bill’s complete failure to address the dispensary and cultivation bans in Fresno and the Central Valley, much less do anything to stop them.