Germany to Approve Sativex, But Not Medical Marijuana 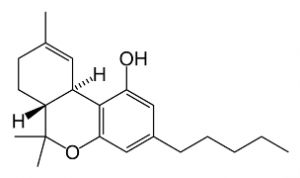 According to the International Association for Cannabis as Medicine, whose executive director, Dr. Franco Grotenherman, also heads the German Association for Cannabis as Medicine, what actually happened is that the German government has modified its drug laws to reclassify marijuana from Annex I (no medical use) to Annex II, as long as it is “intended for the productions of preparations for medicinal purposes” — not raw marijuana.

The health ministry also approved adding “cannabis extract (extract obtained from plants and parts of plants belonging to the species cannabis) in preparations approved as medicines” to Annex III of the drug law. That means that Sativex, a sublingual marijuana extract composed primarily of the compounds Tetrahydrocannabinol (THC) and Cannabidiol, will qualify as medicine under German law, and that its maker, Britain-based GW Pharma, can now apply to market it there.

GW Pharma is partnering with the pharmaceutical giant Bayer in marketing Sativex. Approval to use Sativex in Germany is expected to happen next year. It will only be approved for the treatment of spasticity in multiple sclerosis.

GW Pharma’s move in Germany is part of a broader roll-out of Sativex, which has already been approved for limited use in Britain, won preliminary approval in Spain, and this week, was approved for MS spasticity in Canada. The company also plans to seek approvals in other European Union countries, including France and Italy.

“The German government announced a ‘major breakthrough’ for cannabis as medicine in Germany, and nearly all the newspapers repeated this without knowing what the ‘breakthrough’ actually was,” explained German hemp activist Steffen Geyer. “The next day, the real decision was made public, and it basically said they will change the law so Bayer can sell Sativex to patients with multiple sclerosis. The ‘breakthrough’ is really a small step, and they aren’t doing it for the patients, but for the companies.” 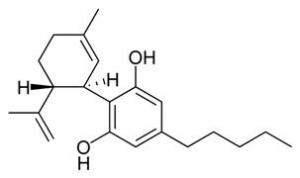 Only about 40 patients are permitted to do so, and they must buy their medical marijuana from a Dutch supplier, Bedrocan, in German pharmacies. They cannot grow their own, and no one can grow it for them, either. Just last month, the Federal Institute for Drugs and Medical Devices rejected a patient’s bid to grow his own. The patient had permission to get cannabis at the pharmacy, but said he could not afford it.

“Most patients who tried Marinol said it didn’t work like natural cannabis, so after a couple of years, the institute ‘invented’ an extract made from cannabis flowers and sesame seed oil,” said Geyer. “That didn’t work, either. It was even worse than Marinol. Again, a couple of years went by, some more patients died, then the court ruling forced the government to allow some patients to use cannabis as medicine. But that Dutch medical marijuana is expensive, so most patients can’t afford the amount they actually need. But since, like everybody else, they are not allowed to buy or grow their own, some of them are in jail.”

Pharmaceutical Bedrocan goes for $18-30 a gram, while black market marijuana sells for $6-15 a gram, Geyer reported.

“So, none of this changes, and now the wonderful news that Germany will be the next country where Bayer can get richer by selling Sativex,” the activist sardonically noted. “But it won’t be in the pharmacies, it will only be for specified conditions, you will still have to try all the other therapies first, and health insurance won’t pay the bill.”

The German government’s resistance to expanding access to medical marijuana comes even as opinion polls show strong support for it among the citizenry. An August poll had 76% of German voters in favor of medical marijuana and only 18% opposed. Similarly, 65% said health insurance should pay for it.

Medical marijuana patients and would-be patients need to continue to organize, said Geyer. “We need to get the German patients more political,” he said. “For the last 10 years, there was often a gulf between ‘good’ patients and ‘bad’ recreational users, and that sucked the political power out of the movement. But patients started to see this as a problem, and have begun to ask hemp activists about advice for political campaigns. This year, for example, for the first time, we had legal patients marching in the Hemp Parade, and that led to widespread news coverage related to cannabis medicine.”

Geyer has a plan. “The next step on my medical cannabis agenda is to get more patients to ask for legal permission to grow their own marijuana,” he said. “The cost problem may make that possible. Both Marinol and the Bedrocan are far, far more expensive than the plant, and most patients just don’t have the money. There is a chance this will work soon. After the first couple of ‘I Can Grow’ patients, I would like to establish a patients’ cannabis social club, but that’s at least two or three years away.”

Germany has allowed corporate cannabis medicine a foot in the door, but it is so far still leaving the vast majority of possible beneficiaries of medical marijuana — the patients — on the outside waiting to get in.