Get Ready to See Hemp Fields Cropping Up in New York 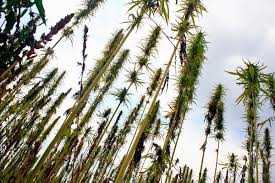 By spring, New York farmers may be able to grow hemp legally for the first time in decades.

The Hemp Research Bill, introduced in Albany by Assemblywoman Donna Lupardo and Senator Tom O’Mara, was signed by Governor Andrew Cuomo last year. As its title suggests, the bill allows researchers to grow and study “industrial hemp” — that is, cannabis with less than .03 percent tetrahydrocannabinol (or THC, the chemical that causes cannabis users to feel high).

New York’s bill follows the Agriculture Act of 2014, a federal law that legalizes growing hemp for research by state departments of agriculture and universities under the guidance of individual state laws.

Once the regulations are finalized by the end of this month, ten hemp growing licenses will be awarded by the Department of Agriculture. Universities or colleges can apply for a license and do research on their own or partner with a farmer. Already Cornell University and Morrisville State College have expressed interest in participating in the research.