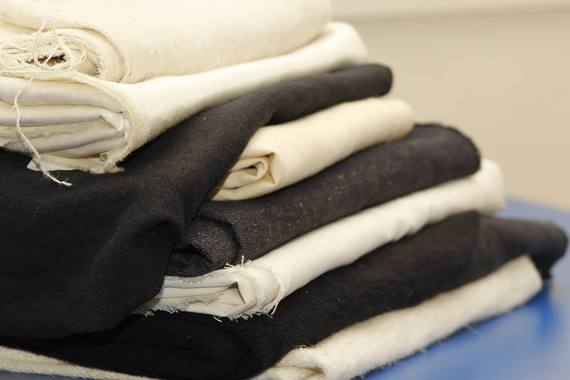 Cotton. You love it, I love it, but Mother Nature freakin’ hates it.

About 20 million tons of cotton are produced each and every year, making it far and away the world’s most profitable non-food crop. But it’s resource intensive in a big way.

It takes about 20,000 liters of water to produce just one kilogram of cotton. To put that in perspective: The average American drinks about 214 liters of water per year, which means you’d have to live into your early 90s to consume as much water as a single T-shirt or pair of jeans. There’s also the issue of chemicals. A combined 35 percent of the world’s insecticides and pesticides is applied to cotton plants, which grow on less than 3 percent of the crop land on Earth. Runoff can destroy sensitive ecosystems, even if chemicals are “properly applied according to technical instructions.”

Fashion’s dependence on cotton has led to a monocropping problem in India, the world’s second-largest producer of cotton, behind China, and one of the worst environmental offenders in the apparel industry.

But a quick fix might be found in the non-psychoactive plant in the cannabis family, hemp.