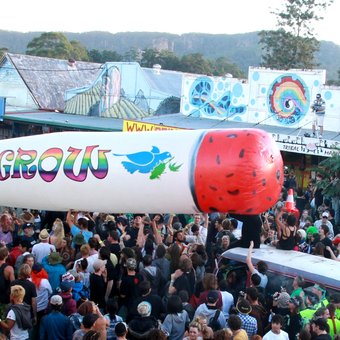 Members of the Nimbin-based HEMP Party are hoping to catch the eye of the world’s most powerful man in Canberra this week.

The HEMP Party’s Michael Balderstone says local campaigners will join a range of other protesters attending a visit by US President Barack Obama.

He says permission has been granted for the party’s notorious 10-metre long Big Joint to be inflated on site.

Mr Balderstone says the idea is to catch the President’s attention.

“Just a flash of recognition, a little smile, Julia will say ‘oh what was that Barack?’ and he’ll say ‘well, took me back to the old days’,” he said.