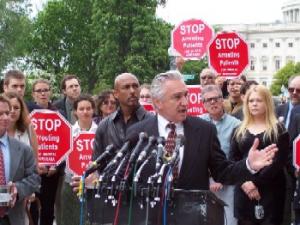 Four US representatives introduced an amendment  to the Justice Department appropriations bill, House Resolution 5326 , which would bar the agency from spending funds to attack medical marijuana operations in states where it is legal. The bill was being considered Wednesday, before failing on a voice vote Wednesday evening.

A roll call vote  was taken later, with the amendment failing 163-262 — 50 Democrats opposed it and 28 Republicans supported it. While the total number of “ayes” was almost identical to the last time the amendment was offered several years ago, that reflects the larger number of Republicans in the House. Both Democrats and Republicans voted for the amendment in greater percentages than in the past.