Is Marijuana Booming Among Boomers? 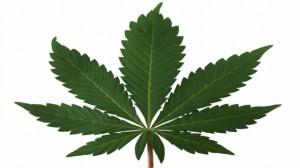 Like many of her peers, Zoe Helene, 48, smoked marijuana in her early 20s but gave it up as her career in the digital world took off in the 1990s. Today the multidisciplinary artist and environmental activist lives in Amherst, Mass., and is building a global network of trailblazers called Cosmic Sister. Since she married an ethnobotanist in 2007, she has returned to using cannabis occasionally — “as a tool for evolving and expanding my psyche.”

Helene is among a group of women that Marie Claire magazine has dubbed “Stiletto Stoners — card-carrying, type-A workaholics who just happen to prefer kicking back with a blunt instead of a bottle.” She’s also one of a growing legion of boomers who are returning to marijuana now that the stigma and judgment (and laws) surrounding its use are becoming more lax.
Full Article:
http://www.forbes.com/sites/nextavenue/2013/05/16/is-marijuana-booming-among-boomers/
Blog Home