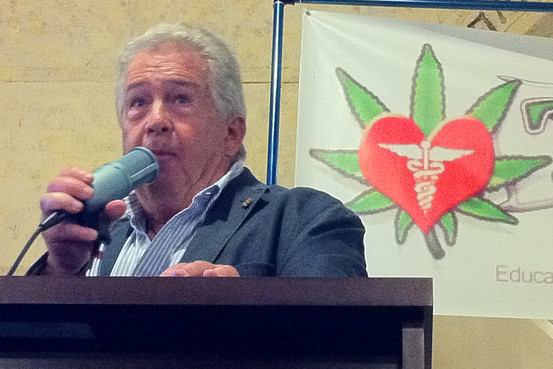 LAKE WORTH, Fla.—Selma Yeshion, an 83-year-old retiree here, says she long considered marijuana a menace. “I thought it was something that was addictive” and “would lead to harder drugs,” she says.

Then she attended a presentation at the local L’Dor Va-Dor synagogue in April put on by a group called the Silver Tour. The group aims to persuade seniors to support legislation to legalize marijuana for medicinal purposes in Florida. A series of speakers, including a doctor, a patient and several advocates, argued that pot was just what the silver-haired set needed to combat conditions like chronic pain and insomnia.

Ms. Yeshion was sold. “I want to get some cannabis,” she said afterward, with a big smile. “I have pain in my back, so it would be nice. Damn it to hell, I want to try it once in my lifetime.”