Larry Sanders of Milwaukee Bucks: ‘I believe in marijuana’ 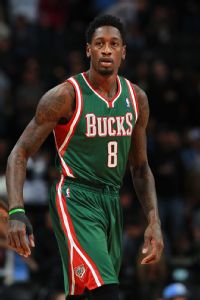 Bucks center Larry Sanders advocated for marijuana’s legalization Friday, hours after it was announced he would be suspended five games by the NBA for its use.

Sanders said the drug’s stigma is rooted in its illegal status and that once its prohibition is lifted “this all will go away.”

“It’s something I feel strongly about, just to let you know something personal about me,” Sanders said in an interview with the Milwaukee Journal Sentinel before the Bucks’ 102-90 loss at Chicago. “I will deal with the consequences from it.