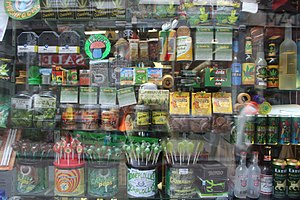 It’s been a while since cooking with marijuana passed the stage of mere “edibles” – brownies, cookies, muffins, popcorn – sold at coffeeshops in Amsterdam and, more recently, at legal dispensaries in the United States.

For proof, look at the number of cookbooks available in digital and traditional bookstores for preparing meals with cannabis leaves, seeds and their extracts.

Now the herb has arrived to the high echelons of gastronomy as a number of the world’s most distinguished chefs from Copenhagen to New York explore its culinary potential, offering unexpected cannabis creations on the menus of their famous restaurants.

Graced with pistachio flavor and nutty aromas, according to the connoisseurs, marijuana blends equally well with sweet and salty dishes.