Mexico is catching up to US states on marijuana legalization 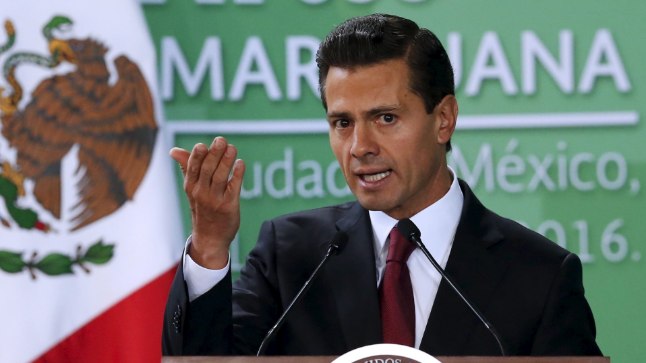 It’s impossible not to notice what the neighbors are doing when you’re as close as Mexico and California. Over the past two decades, the latter has increasingly embraced marijuana legalization, from the authorization of medical pot in 1996 to a vote last month that legalized marijuana for recreational use. Now Mexico is starting to follow suit.

On Dec. 13, Mexican senators overwhelmingly voted (98-7) to legalize medicinal marijuana, eight months after president Peña Nieto proposed a review of national drug policy. The bill must now pass Mexico’s lower Chamber of Deputies, but is already being heralded by lawmakers: Senator Cristina Diaz called it an important first step in laying the foundation for a national medical marijuana industry. It’s also a logical stop on the path to full legalization, which cannabis advocates say would quell gang activity that has plagued Mexico for years.

There was consensus to “do something different in drug policy,” said Senator Angelica de la Pena Gomez, because prohibition “has generated high levels of violence, more than 100,000 deaths and the systematic violation of human rights.”