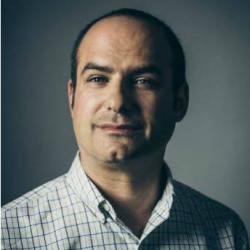 By Neal Pollack, The Cannabist Staff

The sun had already gone down by the time we crossed the golden border from New Mexicoto Colorado. Rich and I looked at each other knowingly. For the first time in our lives, we could legally smoke marijuana in our home country. And all it took was driving a minivan through a mountain pass.

I opened the window and breathed the sweet mid-December mountain air. Pueblo, the first place across the border where you could buy pot, was still nearly 100 miles away. We followed our Tom-Tom directions, getting increasingly excited as we headed toward a new and glorious future.

We had arrived in Free America.