One of outgoing Gov. Jon Corzine’s last acts before leaving office in January was to sign New Jersey’s Compassionate Use Act Medical Marijuana Act, allowing qualified patients in the Garden State to use medical marijuana. The law was supposed to go into effect on July 1, and if Corzine had remained governor, most everyone involved in the process agrees that would have happened. 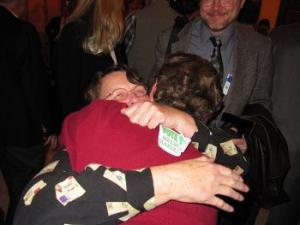 But New Jersey voters chose to replace the Democrat Corzine with Republican Gov. Chris Christie, who has been dragging his feet. This summer, Christie asked for a six to 12-month delay in implementing the bill. The legislature gave him three months, until October 1.

That means only that the state Department of Health will then begin drafting regulations. It will have another 90 days after that to do so, pushing the law’s effective date to January 1. But even that date is a chimera; given that registered patients will have to get their medicine from a state-licensed dispensary, or alternative treatment center, and given that marijuana takes a minimum of roughly three months to grow, even if potential dispensary operators are ready to go on January 1, it will be sometime in the spring of 2011 at the earliest before New Jersey patients are able to take advantage of the law.

But the New Jersey law is already one of the strictest in the nation. It limits access to medical marijuana to people with a specified list of diseases, it limits the amount of marijuana patients can possess to two ounces per month, and it does not allow patients or their caregivers to grow their own medicine. Instead, at least six state-licensed alternative treatment centers, two in each region of the state, will grow and distribute medical marijuana.

“Even in a best case scenario, patients won’t be getting medical marijuana in New Jersey until maybe March or April of 2011 from these alternative treatment centers,” said Ken Wolski of the Coalition for Medical Marijuana-New Jersey, the primary patient advocacy group in the state.

“Christie has been dragging his feet,” said Wolski. “He had to appoint a new health commissioner, so he asked for a six to 12-month delay. He said he doesn’t want New Jersey to turn into California, but we don’t see how that could happen because the New Jersey law is so tight and the alternative treatment centers will be so strictly regulated by the Department of Health. A majority of the legislature accepted his reasons, but only gave him three months.”

“The governor asked for an extension of six months to a year, and we fought that off,” said Roseanne Scotti of the Drug Policy Alliance New Jersey office, which also lobbied for passage of the bill. “There was talk then of other changes; Christie was saying he needed changes in the law to be able to let Rutgers do it, and we’ve heard rumors of other changes. But our sponsor, Sen. Scutari, has been very adamant. The law doesn’t need any more changes. It is the law, and they need to implement it,” she said.

“We did not support the idea of a monopoly at Rutgers or anywhere else, and that continues to be our position,” said Scotti. “When we talked to the health department, they seemed to be leaning toward trying to limit it in some way, which we are fighting against. You can’t just decide on your own you’re going to limit the people who do this.”

The Teaching Hospitals of New Jersey floated a proposal in which they would become the sole dispensers of medical marijuana. The Drug Policy Alliance also opposed that.

“We met with them and asked them how they think they could legally do that, since they would be violating federal law,” said Scotti. “They didn’t have any answer for that. If they want to be a dispensary, even if they want to open several, we are not opposed to that, but we are not in favor of any kind of monopoly.”

While the Christie administration talks about opening six dispensaries across the state, there is no limit on the number of dispensaries potentially allowed. The bill specifies only at least six.

“We’re advocating that competition is good, that anyone who is capable of producing a good product and meeting the understandable security needs of the state should be able to provide services to patients in need,” said Scotti. “The Christie administration seems to be latching onto the six, but that isn’t the law.”

Marta Portuguez of Roselle Park is one of the law’s potential beneficiaries. The 49-year-old woman suffers from 10 different illnesses, including gastroparesis, fibromyalgia, and chronic fatigue syndrome. Her symptoms include muscle spasms, attacks of nausea, and severe pain.

“The diseases are my constant companions,” she said. “I’m on pain medications, and the doctors don’t allow me to work. Not that I could — I find it impossible to sit for more than half an hour.”

Portuguez turned to medical marijuana on the advice of a family member who knew someone very ill whose doctor had recommending trying it. “I didn’t really know anything about it, but the more research I did, the more clear it became that it would be a great help. My stomach is dead, and I needed medication I don’t have to take orally,” she explained.

“They brought some to me and it was like a miracle,” Portuguez exclaimed. “I went from horrific pain 24-7 even with morphine, to almost no pain, almost immediately. I could be rolled up in a ball shaking and puking my guts out, and when I use it, that immediately starts dissipating. It’s quite remarkable. I can sit down with my husband and children and enjoy a movie. I have a little bit better quality of life; I’m not always so sick.”

But because marijuana is illegal, Portuguez is unable to get regular access to it. “I don’t have it all the time,” she said. “It’s sporadic. I’m not comfortable with the fact that it’s illegal, that’s why it’s so important for it to be legalized. It’s about compassion and helping your fellow human beings.”

Portuguez has been waiting for the law to be implemented, and when informed that it would be next spring at the earliest before medical marijuana would be available in New Jersey, she didn’t take the news well.

“I think that’s outrageous,” she said, her voice quivering. “I get very upset. The governor is not doing the right thing. I understand that there are things that need to be followed, but how can somebody get up there and say he’s going to try to stop the law we passed? How can they keep delaying and not consider the suffering they are making people go through? I think he’s doing it because he doesn’t have anyone ill in his family. Then, and only then, will he really understand. It’s the Compassionate Use Act, but they’re not acting very compassionate.”

While the delay in implementing the law is painful, it is not a surprise, said Scotti. Nor is it a surprise that patients and advocates are keeping the heat on.

“I’ve seen lots of regulations in New Jersey and other states take this long,” she said. “It’s not unusual, but we are constantly checking in with the health department and with legislators and talking to Sen. Scutari about keeping the pressure on. Our patients are very vocal and active.”

Although patients and advocates are pushing hard to get the Compassionate Use Act up and running, they are also quick to point out its flaws. “While we’re happy that marijuana is officially recognized as medicine in the Garden State, the law has a lot of shortcomings,” said Wolski. “The legislature was very wary of allowing medical marijuana in New Jersey and went with the most restrictive law in the nation.”

“The main problem is that home cultivation was taken out, which means that patients are unable to grow their own like they are in the 13 other states,” said Wolski. “We see that as an important part of health care reform. Home cultivation would take the pharmaceutical and health insurance industries out of the equation and empower patients to help themselves.”

Wolski also cited the quantity limits as inadequate for some patients. “The two ounce a month limit will be adequate for maybe half the patients,” he said. “Hospice patients have tremendous needs for the constant medical care marijuana can bring to them, and limiting chronic pain patients to two ounces a month is not enough.”

The number of conditions qualifying for medical marijuana use has shrunk, too, Wolski explained. While the final version of the bill includes seizure sufferers, cancer patients, glaucoma patients, HIV/AIDS sufferers, and people with multiple sclerosis and amyotrophic lateral sclerosis (Lou Gerhrig’s Disease), it does not include other neurological disorders, nor does it cover mental or emotional conditions.

“The Assembly Health Committee limited the law to three neurological conditions, but if medical marijuana is neuroprotective, it should be neuroprotective for all neurological conditions,” said Wolski, a registered nurse. “And bipolar disease, ADHD, PTSD, anxiety disorders, they don’t qualify, and that’s a real shame. I think the Department of Health will address the issue of qualifying conditions, but we have our work cut out for us.”

“Our fondest hope is that the law will be implemented the way it was written, and that the Department of Health’s regulations will reflect the wording of the law to establish at least six nonprofit alternative treatment centers,” said Wolski. “Our expectation is that this is what’s going to happen, but there are fears the governor is trying to take over the medical marijuana industry,” he said, alluding to Gov. Christie’s abortive plan to have Rutgers University monopolize production.