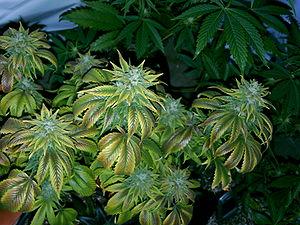 Lynnette M. Shaw, the colorful pot activist who opened the first licensed medical marijuana dispensary in the United States, is fighting an Internal Revenue Service bill for $1.27 million in back income taxes and penalties and has filed for personal bankruptcy, listing $276,000 in state sales taxes among her debts.

Shaw was forced to shut her Marin Alliance for Medical Marijuanain Fairfax, Ca. late last year, after U.S. Attorney for Northern California Melinda Haag wrote a letter to her landlord threatening to seize the building that housed her operation. The letter was part of a coordinated crackdown by four U.S. Attorneys in California on marijuana dispensaries they say violate California law by, for example, locating too close to schools or parks.  The same crackdown led Haag to file two lawsuits this week seeking to seize buildings in Oakland and San Jose housing the state’s largest dispensary,Harborside Health Center, which was the subject of the Discovery Channel’s“Weed Wars”.  Harborside has said it will keep operating and has received public support from Oakland and other officials. The crackdown, ironically, comes at a time when 17 states and the District of Columbia have legalized at least some medical use of marijuana and Massachusetts residents are preparing to vote in November on a referendum—backed by the billionaire Progressive Corp.founder Peter Lewis—to legalize medical marijuana there too.