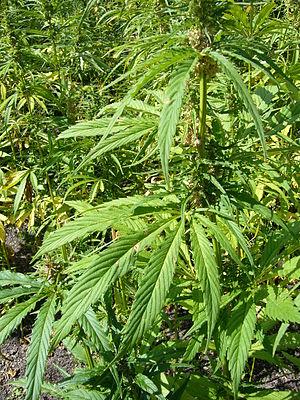 Newly proposed legislation would legalize the cultivation of cannabis, in the form of industrial hemp, at the federal level.

Hemp is a variety ofCannabis sativa, the same plant species that yields marijuana, and is illegal to grow in the United States under federal law. But that legislation has long drawn contention from hemp advocates, who point to the health and sustainability advantages of the industrial plant, and note that its genetic and chemical traits differ from those of the Cannabis sativa drug varieties. Their case gained additional footing Thursday when U.S. Senator Ron Wyden of Oregon proposed an amendment to the Farm Bill that would exclude industrial hemp from the definition of marijuana, allowing American farmers to grow the plant legally for the first time since 1957. The introduction of the proposed amendment comes as activists nationwide have already rallied to generate support for hemp and educate the public about its properties as part of the third annual Hemp History Week.

“Industrial hemp is used in many healthy and sustainable consumer products. However, the federal prohibition on growing industrial hemp has forced companies to needlessly import raw materials from other countries,” Wyden said in a press release on the website of Vote Hemp, a nonprofit lobbying organization based in Brattleboro, Vt. “My amendment to the Farm Bill will change federal policy to allow U.S. farmers to produce hemp for these safe and legitimate products right here, helping both producers and suppliers to grow and improve Oregon’s economy in the process.”

The 2010 U.S. retail market for hemp products was estimated at $419 million, and was on track to increase to roughly $450 million for 2011, said Tom Murphy, national outreach coordinator of Vote Hemp and spokesperson for the Hemp Industries Association. Some estimates put the global market for hemp at more than 25,000 products – including fabrics, paper, insulation materials, foods, pharmaceuticals and cosmetics, according to a Congressional Research Service report released in January. In Canada, where farmers can legally cultivate hemp, acreage devoted to the crop roughly doubled between 2011 and 2012.