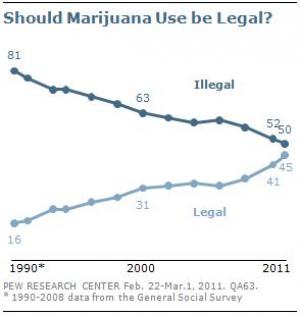 As summer draws near, the election picture when it comes to statewide marijuana legalization initiatives is becoming a bit clearer. At the beginning of the year, activists in eight states undertook efforts to get initiatives on the ballot, but the field has been winnowed.

With polling this year starting to show majority support for legalization and regulation, 2012 could be the year that legalization actually wins, and voters in at least two states — Colorado and Washington — will have the chance to make that happen. Initiatives in those two states have already been approved for the ballot, and the election campaigns are underway.