Struggle is the Enemy, Weed is the Remedy: The Truth about Marijuana in North Korea 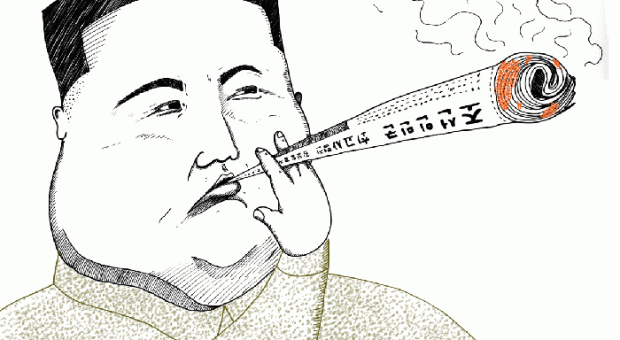 You might be surprised by what we’re about to say: the most tight-lipped, conservative and controlling country in the world is also a weed-smoker’s paradise. Despite the North Korean government’s deadly serious stance on the use and distribution of hard drugs like crystal meth (which has its own inauspicious legacy in the North), marijuana is reportedly neither classified illegal or in any way policed. The herb of the bohemian and free is not even considered a drug. As a result, it’s the discerning North Korean gentleman’s roll-up of choice, suggesting that for weed smokers at least, North Korea might just be paradise after all.

NK NEWS receives regular reports from visitors returning from North Korea, who tell us of marijuana plants growing freely along the roadsides, from northern port town Chongjin, right down to the streets of Pyongyang, where it is smoked freely and its sweet scent often catches your nostrils unannounced.