The Most Important November 6 Election: Americans Voted To End the War On Drugs 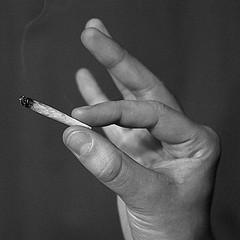 The most important vote on November 6 was not reelecting Barack Obama as president. It was legalizing marijuana in Colorado and Washington. Drug prohibition is the latest addition to the endangered species list. The fight over drug policy will go on for a long-time. But the Drug War is ending.

For decades the federal and state governments have enforced a reprise of Prohibition. The authorities have used increasing violence to suppress the age-old desire of tens of millions of Americans to alter their mental states. But the government has failed: almost half of the teen through adult population has used marijuana.

Many of society’s leaders were drug consumers in their youth. In fact, the last three presidents—the commanders-in-chief of the multi-billion dollar Drug War—used (though maybe not inhaled!) the same substances. If kids today belong in jail for smoking pot, so did Bill Clinton, George W. Bush, and Barack Obama.