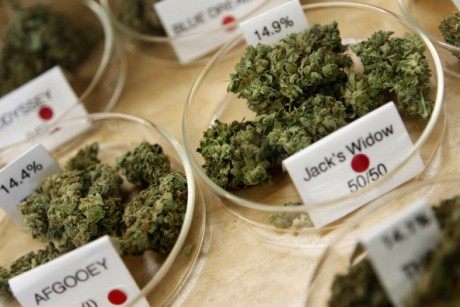 When you look at the facts, it’s clear that racism governs American drug policy. While five times as many white people as black people report using illicit drugs, the U.S. criminal justice system sends blacks to prison for drug offenses at 10 times the rate of whites according to the ACLU.

Unfortunately, racism is nothing new when it comes to substance regulation; it defines the U.S. drug policy paradigm going back almost a century.

Even before alcohol prohibition, the development of the 1914 Harrison Narcotic Act (the first federal law in American history to criminalize the sale of drugs, which in this case was opiates) stemmed from the hatred and oppression of ethnic minority groups by white elites. The Act resulted from the brewing of a perfect political storm.

A massive worldwide recession had left job markets reeling and the first rumblings of the Great War in Europe increased xenophobia at home. Chinese immigrants in particular had flocked to western states to help build infrastructure. The completion of the Transcontinental Railroad left many Chinese-Americans in search of other work in a rapidly shrinking job market, and racial tensions were strained to breaking.