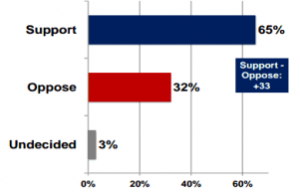 Will California wait until 2016 to vote on legalizing marijuana? A poll released Thursday strongly suggests voters in the Golden State are ready to legalize it right now.